This herb has been used in Chinese medicine for centuries, but can it help us with today’s growing cases of Alzheimer’s disease and dementia?

Alzheimer’s disease is one of a number of types of dementia; a group of brain diseases that lead to mental decline. Symptoms of dementia include memory loss, inability to manage daily activities and emotional and language problems. Whilst formal diagnosis of dementia is usually only possible after an autopsy, cognitive tests can be done to identify probable cases of Alzheimer’s disease and other forms of dementia. These cognitive assessments can also be used to assess progression or improvement and they evaluate domains such as memory, attention, comprehension and processing speed.

Millions of people around the world have been diagnosed with dementia and, as an age-related disease, the numbers continue to grow due to increases in life expectancy. No cure is available for dementia and there are no medications to reverse it. However, prescribed medications have been approved to treat or delay the worsening of symptoms. A number of alternative treatments have also been investigated for managing dementia, including herbal remedies such as ginkgo biloba. 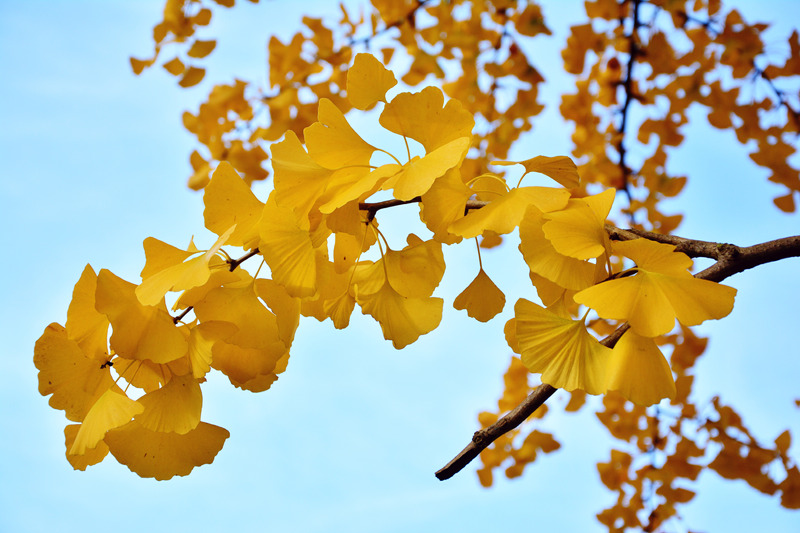 Ginkgo biloba (also gingko) has been used in traditional medicine in its native China for hundreds of years. In modern times, randomised controlled trials have been conducted using standardised extracts of the ginkgo leaf (especially EGb 761) to assess its efficacy on the treatment and prevention of Alzheimer’s disease and dementia. After a systematic review of the literature, Herbal Evidence extracted the results of a dozen trials and found that, overall, the current research suggests that ginkgo biloba works better than placebo in treating Alzheimer’s disease and dementia but there is little evidence that it can be used for its prevention.

However, the current evidence suggests that ginkgo biloba is not effective at preventing dementia onset. For example, in a trial of adults aged at least 75 years with normal cognition or mild cognitive impairment, in those who took twice daily 120mg of EGb 761 for an average of 6 years, 82% were not diagnosed with dementia compared with 84% of those who took placebo (3). Another study of adults aged at least 70 years with memory complaints found that after 5 years on twice daily 120mg of EGb 761, 96% had not been diagnosed as having probable Alzheimer’s disease compared with 95% of those in placebo (4). Even though dementia prevention with ginkgo biloba does not appear credible, some readers may be reassured that even in higher risk populations most of the people studied during the trial did not develop dementia.

Ginkgo biloba was generally well-tolerated by the trial participants however, some did report adverse events such as dizziness, nervousness and headache. For information on all the studies and the results of the meta-analysis, go to the Ginkgo biloba page, select “Alzheimer’s Disease/ Dementia” as the condition and download the related PDF fact sheet. As always, consult your physician before adding new treatments to your regimen or changing any current medication.

See whether Ginkgo biloba is effective for other conditions.